After leaving the quaint little town of York, we drove and drove (cheered when we passed by the border between England & Scotland – it was actually just a signboard that says “Welcome to Scotland’) and found ourselves surrounded by hills and valleys and A LOT of sheep!! I think the sheep honestly outnumbers the entire population of Scotland, there’s just so many of them everywhere!

Before we start, I want to clarify that we are traveling by car from our point A, which is London, and if you are planning to do the same, you should probably read a bit on driving and other tips from my first post. Driving is probably one of the best ways to really SEE a country.

For instance, on our way to Scotland, we saw a sign for strawberry picking by the road and decided to make a spontaneous stop. It was little place called Highmoor Farm which has an orchard of various berries – strawberries and gooseberries were in season but the other few were not in season yet. The rules are simple, fill up our baskets with whatever strawberries we can pick and pay by weight.

We each took a basket and set off to the freezing cold orchard (I swear it was drizzling a little too) and started picking our strawberries. There was just so many of them! We were not really supposed to eat them, but we sneaked a few just to see if they’re sweet. The sweetness varies but most of them were pretty nice. We gave the gooseberries a try and didn’t like them, so we decided to just stick to the strawberries we have picked. After weight and paying, we loaded our pickings into the car and continued our journey to Scotland. 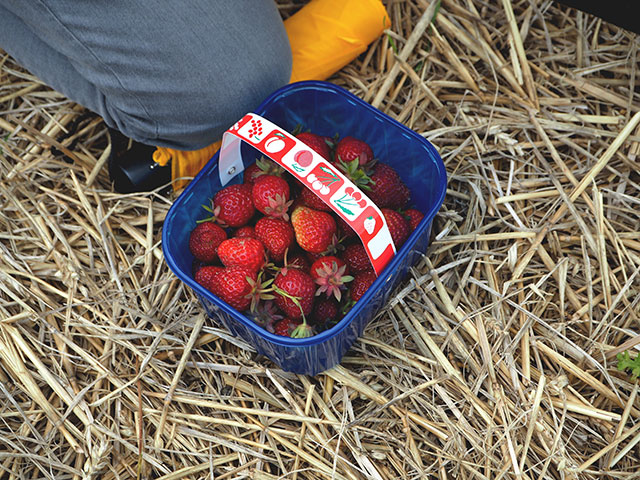 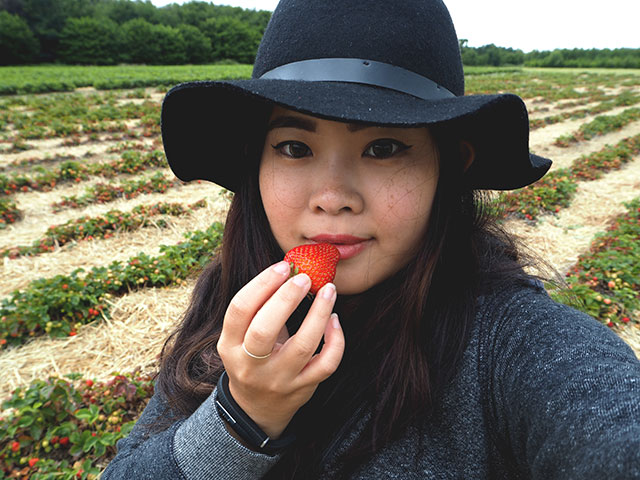 The only other stop we made was by Berwick-upon-Tweed where we stood by the starting point of the Lowry Trail. The trail is mostly for cycling and it leads up Northumberland. We obviously didn’t hit the trail as we do not have bicycles, and we were freezing our butts off! The wind was very strong and cold, seeing as how we were by the seaside. The scenery was nice though, and we could spot a lighthouse a little way out. 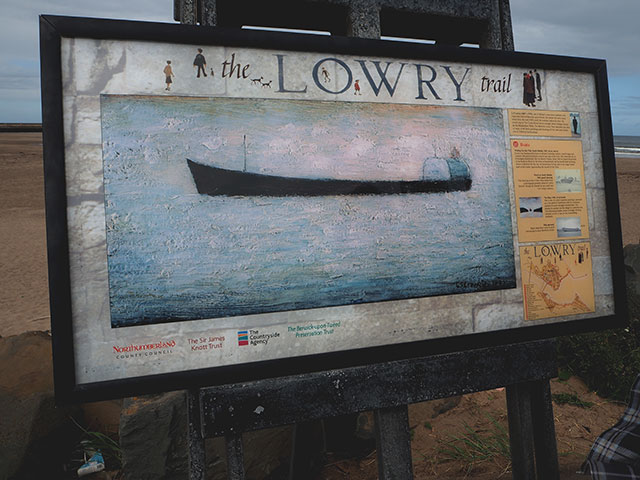 We will be staying in Edinburgh for this trip as we only have a limited time in Scotland. Our accommodation in was at the Edinburgh Pearl Apartments. The apartment was spacious and clean, but had no elevators so we had to climb 4 flights of stairs each time, and the water pressure was really poor. The stay was fine overall, but a few improvements could be made.

Edinburgh is the type of place where you should drive, park near the attractions and walk for the rest of the day. Driving here though, is no walk in the park especially in a manual car. The slopes are steep and the road signs can be a little misleading. We once drove on a taxi lane that made many drivers very angry with us. Parking is also scarce, so just know where you are heading to and plan ahead. Our first and main reason of being here is of course, to visit Edinburgh Castle.

As Edinburgh is split into two – the Old Town and the New Town – we decided to take a walk around the Old Town first because this is where you would find the cobblestone streets and centuries old buildings that have now transformed into shophouses whilst still maintaining the aged-façade. There was a particular liquor store which I really liked – bought my boyfriend a metal flask here. And cathedrals! Lots and lots of them all around, big and small. I was extremely excited when I spotted my first kilt-clad Scottish man playing the bagpipe. 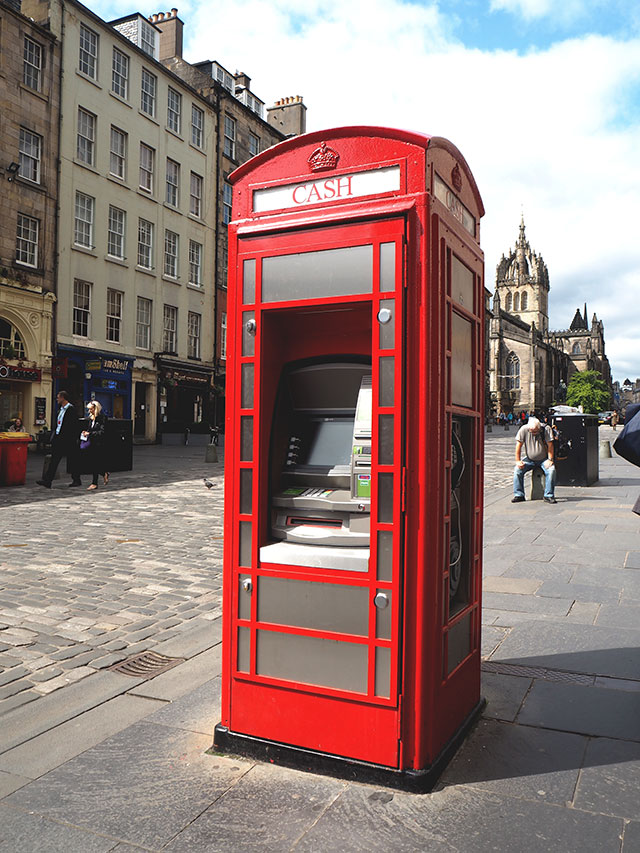 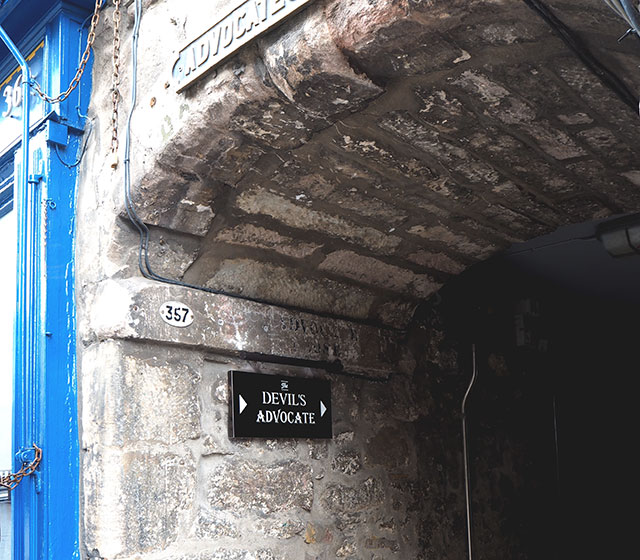 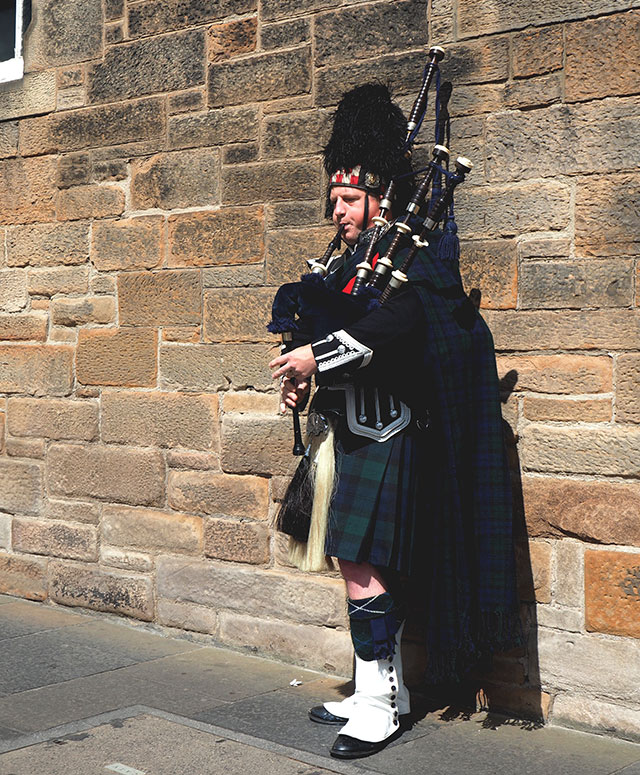 Edinburgh Castle resides in the Old Town, of course and I would like to advise you to come as early as possible. The queues can be really long. Or, book them online if you wish. Adult tickets cost us £16.50 each, which was worth it.

The castle is HUGE! You can get a nice view of the city at one of the higher viewing areas where ancient cannons are lined up neatly for visitors to take photos with. At one of the points, if you leaned over and looked down, you can spot a tiny cemetery for all the dogs who lived in the castle, it really is quite cool. And the gardens, my mom was very impressed with their beautiful gardens within the castle.

The Scottish are very proud of their heritage, especially the Crown Jewel – which are the crown, sceptre and sword of state. The sceptre was presented to James IV by Pope Alexander VI in 1494 while the crown was first worn for the coronation of his wife Mary of Guise in 1540. They were first used together for the coronation of Mary Queen of Scots in 1543.

It is a long, illustrious history (which involves drama and the Crown Jewel going missing for years) which would definitely fascinate visitors like me who are hearing about it for the first time. In fact, the exhibition building is elaborately designed and furnished with all sorts of props to tell the story – before finally seeing the ACTUAL Crown Jewel itself in the very last room. 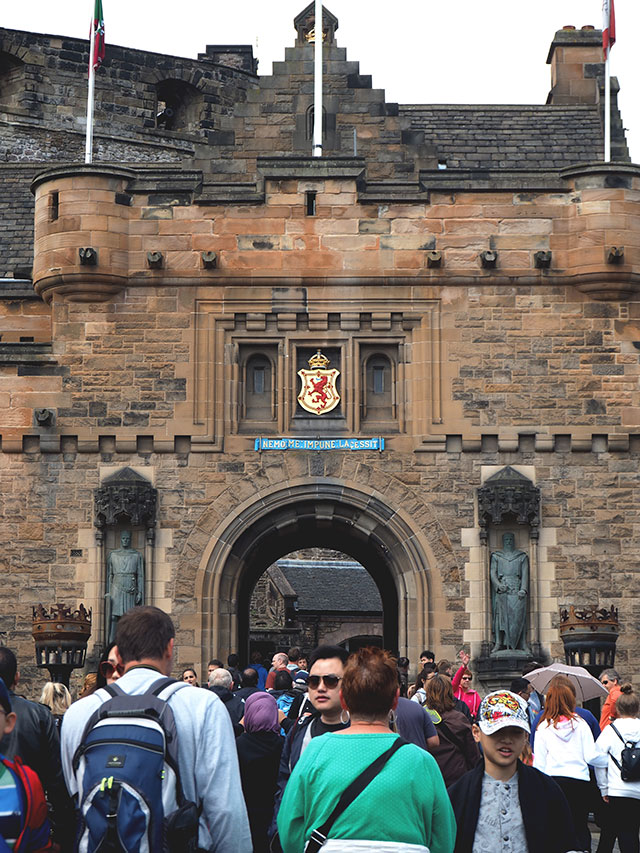 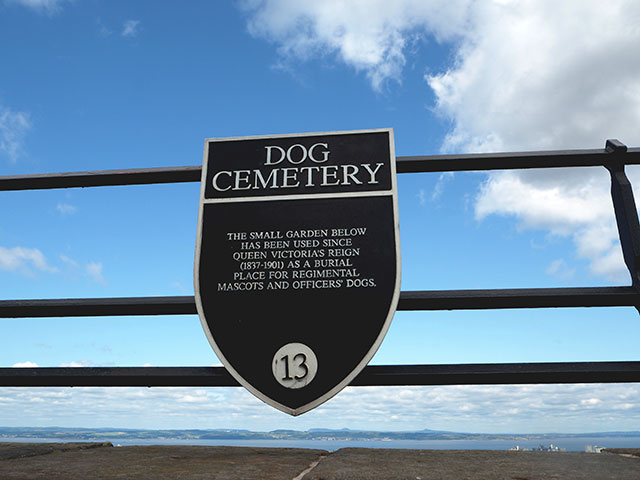 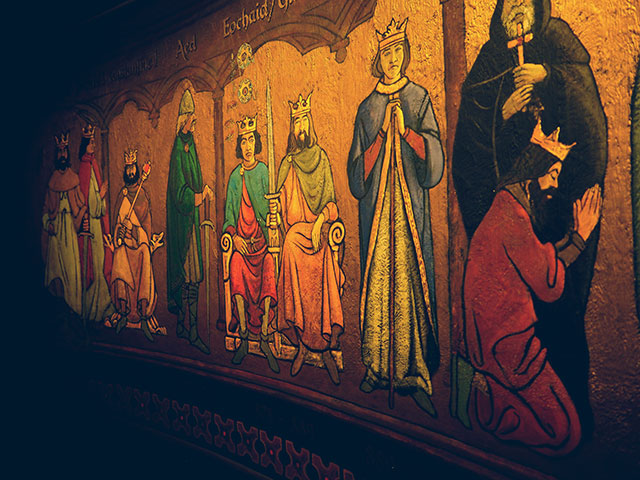 We made our last stop at the gift shop, before walking out and along the streets again. This time, we decided to cross the Waverley Bridge – it is the bridge that separates the Old Town from the New Town – we needed to see everything for ourselves. Walking along the bridge, you can clearly see the divide between the old and new. New Town is very modern, with loads of buildings converted into departmental shops and many new, modern buildings surrounding them. (There’s even a Primark and we spent a good hour inside!)

Just along the bridge, you will find this gorgeous park called Princes Street Gardens which is a haven for joggers, dog walkers and for those who want to lay on the grass. It is very cold though (for me, at least) so I wouldn’t recommend lounging around on the grass with the blowing wind. At the very edge of the park, we found this tall, gothic building called the Scott Monument.

And I did something I never thought I’d ever do.

Christopher wanted to go up and explore and I was skeptical about it because it looks really narrow for one, and for another, it is very tall – I hate heights. But I don’t know what came over me, I decided to follow him up while our parents decide to lounge on the grass below to watch us.

We paid £4 each, and the man led us to the narrow tower, which had a pretty narrow staircase and it was the spiral sort. UGH. What did I just get myself into? The first level was fine, and I think there were 3 rest stops along the way up where we were able to walk about the narrow space to take photos and wave to our parents below.

But as you go higher and higher, the space gets narrower and narrower – and I nearly died because the way up, is also the same way down!! Okay, dying is a little dramatic. But when people were coming down as we were doing up, it was a lot of squeezing and wall-grabbing and butt-rubbing because it is very narrow, and some of these people are really large! (when I say large, I mean in a typical Westerner build as compared to my petite Asian build)

The highest point was really cold, and really scary because the wind was unrelenting. But the view made it all worth it. You can clearly see all of Old Town on one side, and New Town on the other. We could also see Calton Hill (which we sadly, did not get to explore), and it was so amazing! Going down was not an amazing experience, but I am glad I actually made it out alive! Thank goodness for retail therapy right after that to calm my nerves. And a delicious meal in Pizza Express to take away the edge. 🙂 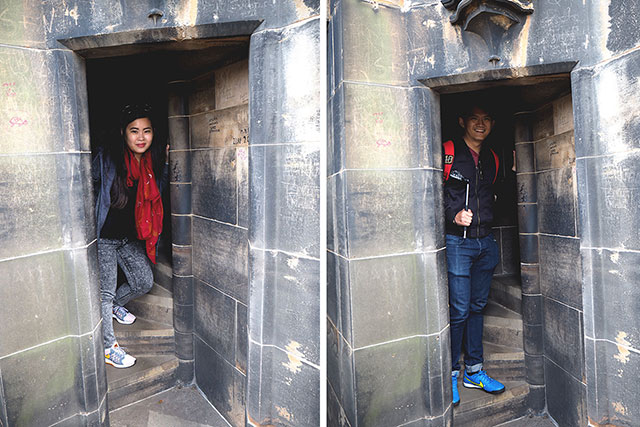 That is our only full day in Scotland (we are on a road trip after all) and so, we enjoyed our last night here as we pack up to hit the road again. The next day, we made our way to the Royal Botanic Gardens of Scotland, but I’ll leave that for the next post because there are way too many amazing photos to share! Until then!